Aimee Mullins: The story of a Strong Woman and Signature Analysis 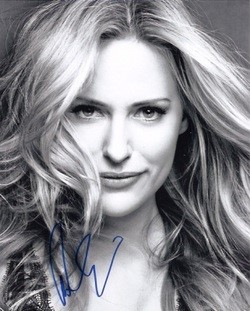 I have always been on the look out for something inspiring and motivating and what better that the true life story of Aimee Mullins: The story of a Strong Woman, whose signature is all I could find to analyze. A beautiful talented and courageous woman. A story that all should know!

Aimee Mullins was born without fibula bones and had her legs amputated below the knee when she was a baby. But far from slowing her down, her ‘difference’ has spurred her on to fulfill her dreams as an actress, model and Olympic athlete. It takes courage and a strong willpower to ignore your disabilities, ignore the pitying glances that people send your way and even people who look down upon you or avoid you like plague.

Aimee had been spotted by Alexander Mcqueen and it was his idea to replace her prosthetic’s with a pair of intricately carved wooden boots. She has a dozen pairs now.

Usually it taken a person his entire life to find out what his mission in life is, in the extraordinary words of Aimee Mullins, ‘It takes some women till their 30s or even 40s to realize that what makes them beautiful is not what makes them the same as everyone else, but what sets them apart,’ she says. ‘I got there earlier. First I had to accept that I wasn’t normal, and then I learned that what I had been told would be a weakness wasn’t. So by my 20s I was able to think, “Thank God I am not normal, because I get to be extraordinary instead.”

Her signature shows a need to be noticed, usually it can take a negative outcome, however in Aimee’s case it’s more of a desperation to do something despite of her prosthetic’s. She recalls that, ‘I was desperate to return to school, but my kindergarten teacher didn’t want me there. She said it was inappropriate and that I would be a distraction for the other pupils.’ Such attitudes are unthinkable today – ‘but, you know, that was only in the 1980s,’ says Aimee. 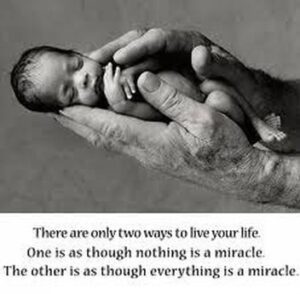 Aimee was a active girl who swam, rode a bike, climbed trees and skied. She came from an average family where any special treatment could not be afforded and it was a necessity for this girl to become self reliant. Her signature shows a huge A and M which is also a desire to be responsible, a desire to do things on their own. Her signature is clearly visible, but illegible, she wants to be seen, but she keeps her private life to herself. ‘A lot of my life is about will – having the will to prove what my body can do,’ she says. ‘It is such an incredible thing to be able to test yourself to those limits. Being an athlete is something very private that you do in a public way – and acting is similar.’

You can go through her website and all her achievements. http://www.aimeemullins.com/about.php

Our deepest fear is not that we are inadequate.

Our deepest fear is that we are powerful beyond measure.

It is our light, not our darkness that most frightens us.

Your playing small does not serve the world.

There is nothing enlightened about shrinking

So that other people won’t feel insecure around you.

We were all meant to shine, as children do.

It’s not just in some of us; it’s in everyone.

And as we let our own light shine,

We unconsciously give other people permission to do the same

As we are liberated from our own fear,

Our presence automatically liberates others.

Life is about making your own happiness – and living by your own rules, it’s about finding strength within your self or even becoming a ray of light for someone else. I hope that the post has been like a ray of light in your lives. Do give me your feedback’s and share the stories of people who have inspired and motivated you. We will be publishing such stories here along with analyzing their handwriting . You may even send it on my email id faridahbharmal@gmail.com