Cursive Writing And its Importance 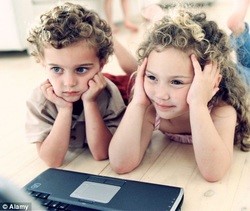 The past few days have been very interesting and hectic and I would like to share my findings with you.

“The state of Indiana, USA, has decided NOT to require the teaching of cursive writing this fall in the schools. ” My friends Theresa and Bob and a whole lot of Graphologists thought of it as a bad idea, Some felt it could be used for research purpose (That idea I strongly reject) Is the keyboard completely replacing the pen?

Indiana school officials have announced that students will no longer be required to learn cursive writing, effective this fall.

In a memo to schools in April, state officials said schools can still teach cursive as independent school protocol, but students will be expected to be proficient in using the keyboard, The Tribune-Star reports.

The Tribune-Star also reports that parents are worried about children knowing how to sign their names. The SAT and Advanced Placement exams also currently require handwritten essays.

This article truly is very depressing and talks about handwriting been more a curse than a boon. What a shame that the people are not aware of the true potential of Handwriting Analysis and using their Handwriting help them change their personality. We have many proofs as to how handwriting is useful and why cursive should be thought .

Research highlights the hand’s unique relationship with the brain when it comes to composing thoughts and ideas. Virginia Berninger, a professor of educational psychology at the University of Washington, says handwriting differs from typing because it requires executing sequential strokes to form a letter, whereas keyboarding involves selecting a whole letter by touching a key.

She says pictures of the brain have illustrated that sequential finger movements activated massive regions involved in thinking, language and working memory—the system for temporarily storing and managing information.

And one recent study of hers demonstrated that in grades two, four and six, children wrote more words, faster, and expressed more ideas when writing essays by hand versus with a keyboard.

A recent Indiana University study had one group of children practice printing letters by hand while a second group just looked at examples of A’s, B’s, and C’s. Then, both groups of kids entered a functional MRI (disguised as a “spaceship”) that scanned their brains as the researchers showed them letters. The neural activity in the first group was far more advanced and “adult-like,” researchers found. It showed that learning had taken place.

“There’s some pretty powerful evidence of changes in the brain that occur as the result of learning to overcome a motor challenge,” says Rand Nelson of Peterson Directed Handwriting. The act of physically gripping a pen or pencil and practicing the swirls, curls and connections of cursive handwriting activates parts of the brain that lead increase language fluency.

This idea is echoed by Iris Hatfield, creator of the New American Cursive program. She also believes in the connection between handwriting and brain development. “Cursive improves neural connections in the brain, “she writes. She stresses that physiological movement of writing cursive letters “help build pathways in the brain while improving mental effectiveness.” This increased effectiveness may continue throughout a child’s academic career.

Handwriting is one of the most difficult neuro muscular tasks. There are several basic brain processes involved in handwriting. Binocular teaming, or the proper focusing of the eyes, requires integration between the two hemispheres of the brain. Writing neatly on the paper is a fine motor activity which requires good hand eye coordination and good fine motor skill. Most handwriting problems are caused by a sensory integration disorder which inhibits coordination and integration between the many brain structures and systems involved in the writing process.

A fellow Handwriting Expert Theresa Oltega from Indiana has been following up this issue with the Indiana authorities and this is the link to her interview .Educators warn of negative effects of not teaching cursive

I feel that one must learn new things and technology is growing with leaps and bounds, but some things cannot be substituted and writing is far effective for the development of the brain to be considered a hassle. Handwriting affects our personality, our thought process and brings out our talents, or deep layered fears and study even shows that changing the handwriting has profound effect on the personality, also known as Grapho Therapy.