A Limited List of Scientific Studies by Sheila Lowe 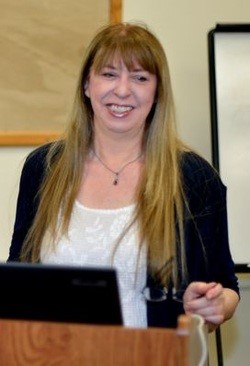 A Limited Listing of Scientific Studies Concerning Handwriting since 1970

predict occupational success? Reports on two empirical studies for testing the validity of

Beumont, P. – Small handwriting in some patients with anorexia nervosa; British Journal of

Dekay, ML – The effects of drawing method on the discriminability of characters, Visible

Ericsson, l. – Graphic skills as a diagnostic tool for working with the elderly; Visible Language,

(Author unknown) Economist; CIA agents in the (former) USSR are asked to send any New

* Hartford, Huntington – You Are What You Write, cites several scientific studies Three Studies

elimination of initial strokes. In all studies, students who retained the secondary beginning

copybook form and variants of these letters were correlated with education, IQ, and age. All

and radical and original departures from copybook model.

studies, which were part of a research project, “Condensed Resume of Neuromuscular test

Research (Alfred Kanfer). Correct ratings were made for clinical cancer in 90-96% of 1536

cases. Similar results were accomplished in the other two studies (one controlled by American

Cancer Society, the other at Strang Clinic). Effects of Alcohol The purpose of the study was to

compare the graphomotor functioning of 68 alcoholics with 18 normals. The normals had a

generally superior performance to the alcoholics. The normals wrote with less variability than the

and were able to deliberately control pressure more easily than the alcoholics. Macmillan

lengths of signatures in true vs false statements; Human Graphics Center for Research and

* Hermann, Ned and Jeanette Farmer – The Theory of Contraction and Release in Handwriting as 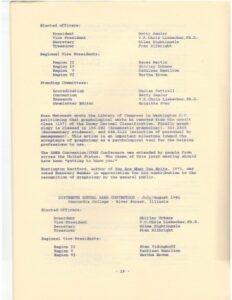 A number of articles have been making the rounds degrading the amazing science of Graphology,